Art is a living thing

21 July 2018 by Liliana Stafford
No Comments

Each piece of art I make has it’s own agenda that is often seperate to mine. Honouring that agenda for me becomes part of the process.

I begin with a belief that I know what it is I have to create and somewhere in the process this changes to ‘okay you lead I’ll follow’. If I persist in having my own way often disaster follows.

My latest piece that involves many small blocks of wood is an example. I planned the piece and even drew a design on the base to follow but when I began placing the wooden blocks on the base another much more random pattern began to appear and I was left with a choice; follow the original lines or go with the random pattern.

Following the original lines felt like placing my child in a school that thrived on rules at the expense of developing the ability to think freely and I couldn’t do it. As soon as I gave in to the need to let the blocks dictate where they wanted to be placed there came a connection between me and the piece that vibrated through my fingers into the block I was about to place.

Am I right in doing this? I have no idea but it feels great, like playing outside in the rain when everyone else is sitting indoors. 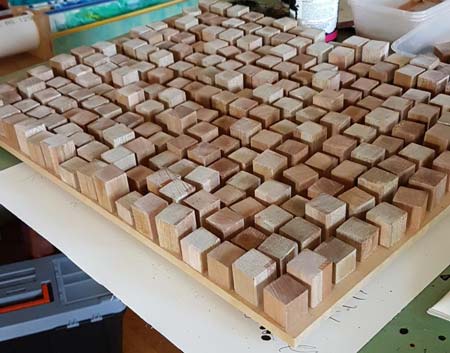 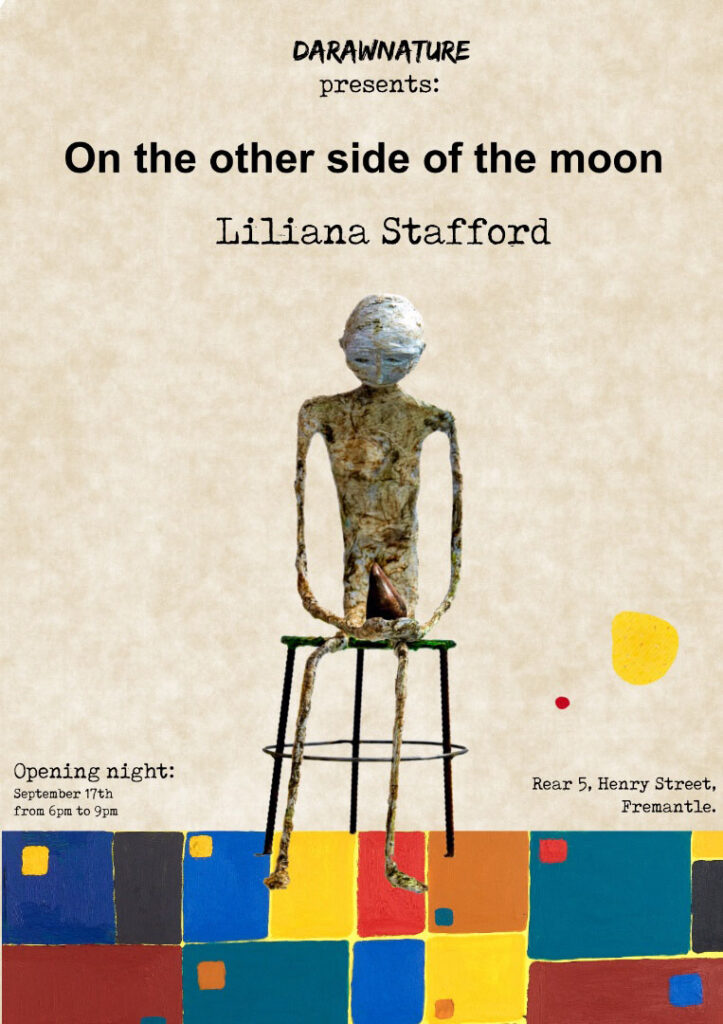